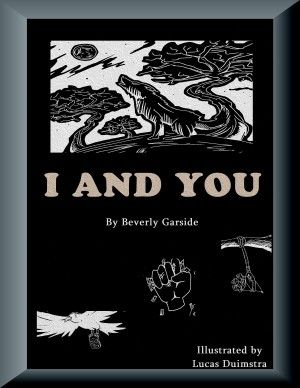 It is the year 2098.  Sara Storm has just come of age in a republic founded upon the objectivist principles of Ayn Rand - selfishness, minimal government, and laissez faire capitalism. It is a society in which the collectivist pronoun "we" has been replaced with the ideologically correct "I and You."  A true believer in the ideals of her nation, Sara launches her military career with zeal and great dreams for her future.  But the world outside the classroom fails to live up to the one she has been taught to expect.  Real people fail to behave like the heroes in Rand's books or in the science fiction stories she loves.  She notices cracks deepening in the nation that bills itself as the beacon of light for all mankind.  Winds of change start to howl through the "skyscraper society" of her republic and strange sounds begin to emanate from the Earth itself.  Suddenly her world, her career, and her own dreams no longer fit into the narrow confines of Rand's ideology.  Neither does love.